History – Retired police dog, sustained a disabling injury whilst on duty in Feb 2013. The exact origin of his injury is unknown as he was investigating a warehouse and returned to his handler with the injury.

He was treated by The Royal School of Veterinary Studies and they diagnosed a deep laceration latero-caudal metatarsus to the right hind leg. It was cleaned and stapled at the time to help heal the injury. Barti later developed further lameness which led to his medical retirement. He was then re homed with his initial puppy trainer for his retirement where he lived out the next few years in good health, until his owner noticed a gradual decline in his mobility/stability.

He was presented to me on 04/01/2018 and on examination his right hind leg was quite lame with di-minished weight bearing due to his previous injury. His left front leg had severe wearing to his weight bearing digits (he was unable to complete any road walks). He was also lame on this leg. On top of these 2 significant   problems he had developed muscle spasms and tightness in his lower back and shoulders. All of which was making him very uncomfortable. 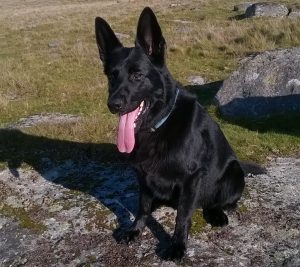 I initially performed some light stretches and class IV laser treatment on his affected areas. This was tolerated well and I arranged with his owner a further 5 laser sessions over the next 3 weeks. His owner reported she could see gradual improvements and his laser sessions moved to weekly and then every 10 days.

Laser treatment was initially chosen as it is an effective drug-free form of pain relief that also reduces inflammation and swelling in the affected area. It is used to specifically target into the joint or tissue you have opted to treat. The therapeutic light emitted from the laser improves microcirculation in the damaged tissue delivering oxygen, vital sugars, proteins, and salts while removing wastes.

7 weeks after Bart’s initial appointment with me he had his first hydrotherapy session on the underwater treadmill, as after discussion with his owner we felt now his pain was under control it was time to build back his muscle mass.

Hydrotherapy was chosen to achieve the goal of increasing muscle mass as this is the most effective treatment for this. It uses the properties of the water hydrostatic pressure, resistance, buoyancy, viscosity, cohesion and water temperature to work together to achieve the optimal environment to promote muscle growth and strengthening.

Barti attended a hydrotherapy session once a week for 10 weeks and his strength improved with each session once he became familiar with the treadmill. Prior to Barti’s first session, his measurements were taken and we videoed his first session so that this could be repeated at his 10th session and then used for comparison. 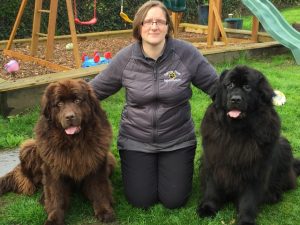 Kelly Walmsley started her business after deciding to turn her interests into something more. She was looking into various types of rehabilitation when one of her beloved Newfoundlands got diagnosed with both elbow and hip dysplasia, and she wanted to find a preventative treatment rather than heading straight down the route of analgesia and surgical intervention. To date, they have managed to avoid any surgery with a combination of canine hydrotherapy, exercise and massage therapy. 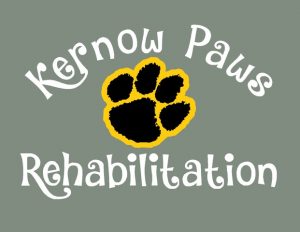 Find An Expert Near You

This website uses cookies to improve your experience while you navigate through the website. Out of these cookies, the cookies that are categorized as necessary are stored on your browser as they are essential for the working of basic functionalities of the website. We also use third-party cookies that help us analyze and understand how you use this website. These cookies will be stored in your browser only with your consent. You also have the option to opt-out of these cookies. But opting out of some of these cookies may have an effect on your browsing experience.
Necessary Always Enabled
Necessary cookies are absolutely essential for the website to function properly. This category only includes cookies that ensures basic functionalities and security features of the website. These cookies do not store any personal information.
Non-necessary
Any cookies that may not be particularly necessary for the website to function and is used specifically to collect user personal data via analytics, ads, other embedded contents are termed as non-necessary cookies. It is mandatory to procure user consent prior to running these cookies on your website.
SAVE & ACCEPT

Find awesome listings near you!